2021 SheBelieves Cup Preview: All you need to know before tonight’s first match
Argentina, Brazil, Canada, and the United States face off this month at Exploria Stadium

Four of the best national teams in the world have entered the bubble in Orlando, Florida ahead of this year’s iteration of the SheBelieves Cup.

Before Brazil and Argentina open the tournament this evening, get caught up on all of the storylines to watch for from each of the participating nations in Orlando: 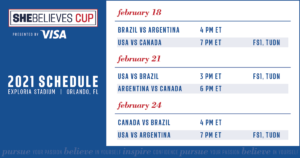 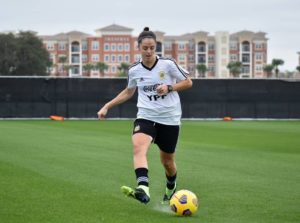 Argentina participates in their first SheBelieves Cup with an intriguing roster filled with talent from the top leagues in Spain, Brazil, and their home Primera División A. Fresh off their first World Cup appearance in twelve years in France 2019, Argentina aims to use their appearance to take the next step forward in their development of their national team.

Recently signed from Lyn Club of Norway, Kansas City’s new forward will look to put on a show in Orlando before heading to Missouri for preseason action. Larroquette has earned 16 caps for La Albiceleste to date, scoring nine times and featuring in the 2019 World Cup in France. 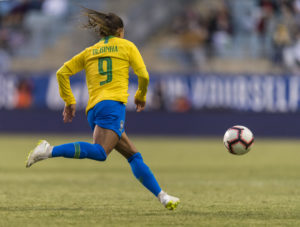 Brazil’s second SheBelieves Cup offers fans a first true look at the national team program under legendary head coach Pia Sundhage, who’s influence has been limited since her appointment in late 2019 due to the COVID-19 pandemic. While Brazil brings plenty of familiar names to Orlando this February, Sundhage’s squad sees a distinct infusion of youth talent – with Manchester United starlet Ivana Fuso’s first call-up being chief among them.

No matter the tournament or the team around her, Debinha is bound to be the ringleader for Brazil in any major tournament. Coming off four goals for the Courage in the 2020 Fall Series, the Brazilian midfielder aims to carry her recent tremendous form into Brazil’s first tournament of the new year. 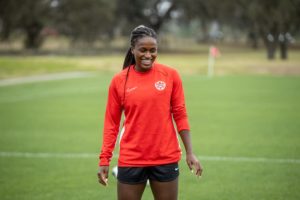 Canada enters the tournament with a new face in the dugout in the form of Bev Priestman, long-time assistant to John Herdman. Priestman’s debut will be done without some of the nation’s biggest stars – as Christine Sinclair, Diana Matheson, and Erin Mcleod all miss due to injury. Canada’s young roster sees nine National Women’s Soccer League players head to Orlando, hailing from six different clubs across the country.

We may be cheating by picking a trio of Players to Watch, but Christine Sinclair’s absence means that the question of picking up the legendary Canadian forward’s scoring and creative load will be wide open this winter. Viens comes to Orlando in red hot form, netting eight goals in twelve appearances this season in France. Prince and Rose will look to make their impact as well, with Rose’s performances being of particular interest to North Carolina Courage fans. 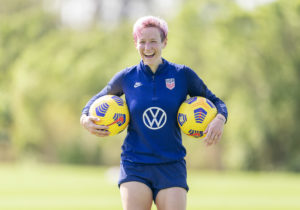 The United States looks to capture their fourth SheBelieves Cup with a roster that sees most of the 2020 winning squad return – with the notable exceptions of Tobin Heath and Jess McDonald. Vlatko Andonovski has called on seventeen players from the NWSL for this tournament, with only four players hailing from outside the American first-division.

While one could make an argument for any of the United States’ twenty-three players as one’s worth watching this February, Rapinoe and Lloyd’s first competitive event since the 2020 edition of this competition is especially noteworthy. Each forward looked up to their old tricks in a pair of friendlies against Colombia last month, and fans will look to see if their run of form continues with the Challenge Cup and Olympics on the horizon this year.