Take one look around Sky Blue FC and it’s easy to see this is not the club of the past.

This season is about welcoming a brand new Sky Blue.

“I would say we’re in a very unique situation where everything feels brand new here,” Sky Blue FC General Manager Alyse LaHue told NWSL.com in a suite at Red Bull Arena. “In a lot of ways, we’ve put ourselves in a situation where we aren’t returning to the same training facility or the same venue or having the same players. We’ve really flipped a lot of this upside down.

“It’s a new training facility, new coaching staff, new home venue, new player apartments. We’ve moved everything. In a lot of ways, you can almost look at this – especially if you’re a player – and say this is almost a new club. And, we can almost approach it that way and say this is a brand new year for us. This is the reemergence of Sky Blue as a club.”

LaHue, alongside head coach Freya Coombe and technical advisor Marcia McDermott, have worked tirelessly this offseason with eyes on moving the club into new heights.

With the additions to the squad, a strong argument can be made that Sky Blue has turned into a playoff contender, after finishing the past two seasons at the bottom of the NWSL standings.

Mallory Pugh, Ifeoma Onumonu, McCall Zerboni, and Midge Purce, all notable performers for either club, country, or both last year, have been added to a team that returns seventeen players from 2019. Additionally, the club has secured the signatures of highly rated draft picks Evelyn Viens and Kaleigh Riehl, which only boosts the club’s young core. With how the offseason panned out, Sky Blue is in a dream scenario heading into the new campaign.

“I’ll be totally honest if you had told me four months ago that we would have the roster we have right now, I would say you’re lying to me,” LaHue said. “Just to be fair, you have your top three targets, and this is the top player we’d like to get in the draft, and now you’re sitting here telling me and it’s like I just dropped a magic ball and it all happened.”

The acquisition of long time target and USWNT forward Mallory Pugh once seemed destined to never come to fruition. Much like Sky Blue’s offseason, though, fortunes shifted in their direction once the NWSL College Draft rolled around.

“To be honest, by the time it got to draft day, I thought the discussions were long over, that that was done,” LaHue said. “Then, I’m in the back signing paperwork for another trade and Freya comes through the magic curtain and says ‘Hey, so and so is on the table.’ I can’t share what I actually said, but we just traded away the number two and three [draft picks], we didn’t have any assets left. So, I said, ‘Sorry, it ain’t happening,’ and I went back to what I was doing. However, Pugh did end up coming back.”

To go with the reinforcements on the field for this season, LaHue and Coombe have preached the setting of Sky Blue Standards – a culture of constant competition in training, drive to improve in all aspects, and the utmost professionalism. The new standards set by LaHue and Coombe bear out in the club’s transition to MLS club New York Red Bulls’ training facility as well as playing matches at Red Bull Arena, where Sky Blue played a pair of home games a season ago. While both heavily laud the value of the training facility, Coombe emphasizes that the venue they will now call home full time has a high importance as well.

“I think this creates a really great atmosphere for the players that they can feed off of,” Coombe said. “If you look at the Orlando game, in the 82nd minute, the fans are still believing in us and pushing us and Carli scores the tying goal in front of the fans. You can’t beat that atmosphere, everyone going crazy in the stands – including the staff on the field as well. When you’ve got moments like that, you get to celebrate together. That starts to build a legacy for the club, all those moments start to add up.” 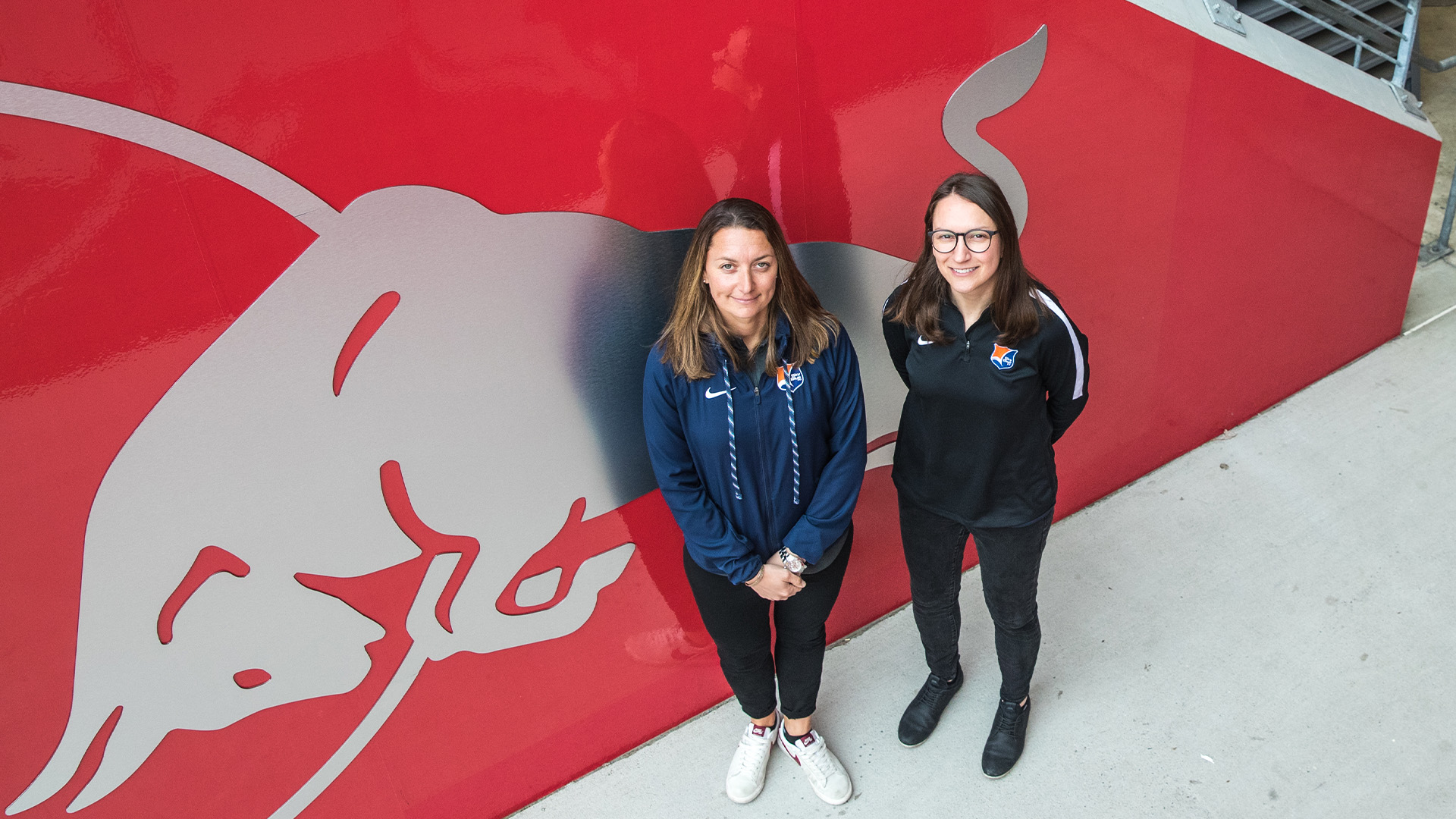 The move to Red Bull Arena also lands Sky Blue in not only a much more densely populated area than their previous home at Yurcak Field on the campus of Rutgers University, but the Harrison PATH station allows the club to sell themselves to New York City as a highly accessible venue for world-class soccer.

Already running an adult soccer camp in Brooklyn with promises for more similar events, the venue shift for Sky Blue will certainly be accompanied by a new marketing strategy for LaHue and her staff. The area of utmost importance for Sky Blue, though, is tapping into their new backyard in North Jersey.

“For us, it was more than just moving to Red Bull Arena,” LaHue said. “We need to be a part of the fabric of our community, I firmly believe that. If we’re going to be the community’s team, as I would like to be, we need to live, work, and play in the community.

“We’re no longer located in Central Jersey, we’re in the process of moving our front office operations up north. We have moved our players north as well. So, we’re going to be fully integrated here – stadium, player housing, training facility, front office. We’re all in as a staff, and we have to be. It’s the only way we’re going to push this boulder up the hill. We’re all in on this.”

The club has clearly turned a corner off the field and once the 2020 NWSL season kicks off, it is up to Coombe to generate the results the club has been missing in year’s past. Coombe, who draws inspiration for her coaching style from her stint at Reading FC in her native England alongside the likes of Kelly Chambers, Lee Heron, and Jayne Ludlow, success in 2020 is centered around turning negative results in close games into positive ones. As the squad becomes more competitive, Combe hypothesizes that the players’ mentality will sharpen and losses will become draws and draws into wins.

“Sometimes it’s individual errors that we have to put right, and I think when the overall squad gets a little more competitive, people can’t get complacent anymore in terms of the depth chart of players that are waiting for their opportunity to come through and take their spot,” Coombe said. “Everyone’s going to be pushing on to make sure they’re retaining their starting position. Or, if it’s a player that hasn’t been starting, looking to come in and making the most of any opportunity that they get to start and to solidify that.

“I think that will take care of some of the individual errors, and as a team it’s about building a culture, playing style, and playing philosophy that everyone’s on board with. and that is competitive. We can try and right some of those errors that we made tactically and as a team. Also, trying to capitalize on missed opportunities in the final third and change some of those 1-0 losses into a 2-1 victory. That’s exciting. That’s a challenge for us.”

While clinching a playoff spot is the goal, success for the new look Sky Blue FC will be defined by many different metrics.

“Day in and day out in this league there’s no team you automatically assume you’re going to go walk over on a day in and day out basis and that’s what is really unique about the NWSL and why this is the best league in the world,” LaHue said. “Every weekend, every game, you have to bring your best all the time.

“Absolutely for us playoffs are our goal, but I believe if we are continuously improving as a club, on and off the field and providing the right environment for players, we become a destination team for players, which we want to be. That success can be measured in a lot of different ways for us as a club.”